Elections are Rigged in America 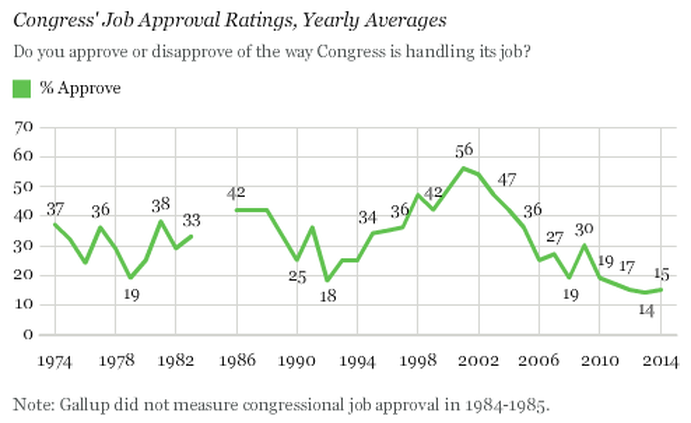 The seeming paradox between the low regard with which people hold Congress and the high rate of re-election of incumbents is explained well by new data released by Gallup on Thursday that points to a simple reality: People hate Congress but (generally) like their Member of Congress.

Gallup found that 46 percent of respondents said they approved of "the way the representative from your congressional district is handling his or her job" while 41 percent disapproved.  That's in spite of the fact that overall Congressional approval was at just 16 percent in the same survey and hasn't been higher than 24 percent since the start of 2011.